Tag Archives: Love Me Do The Beatles Progress

Book Review: “Love Me Do! The Beatles Progress” by Michael Braun

After a friend sent me a link to the April 2020 list of Rolling Stone magazine’s 10 Best Beatles Books of all time, I immediately ordered a copy of the #1 pick –

Love Me Do! The Beatles’ Progress

(Note: While doing research on this book and it’s author to try to provide a nice background story, I noticed that the author of the Rolling Stone list is a writer who I had exchanged private messages with a year or so ago on Facebook…Colin Fleming. Let’s just say that after about a week, he screamed at me and blocked me for “insulting him”. After reading his very opinionated personal blog, I realized…it wasn’t me! How this will play out in this review, we’ll see.)

According to Rolling Stone (or Colin Fleming), this book beat out all the books you would expect to see on a Beatles top ten books list, including books by Hunter Davies, Pete Shotton, Allan Williams, Geoff Emerick, etc. (most of these have been reviewed in the past on this blog). I was curious as to why a book published in 1964 would be considered the best of all time since it obviously didn’t cover the Fab Four’s entire career?

Well, because this book doesn’t hold back. Reporter Michael Braun had a first hand account of what went on in the private (or not so private) moments in the Beatles world as they toured Europe and the U.S. in 1963 and early 1964. It provides conversations that either no other reporter would dared to print or they weren’t paying attention to what was going on around the mop tops. Braun listened and observed what was going on and being said about the Beatles and by the Beatles. A whole lot of snarky remarks were flying everywhere our boys went. Unfortunately, this didn’t presented John, Paul, George and Ringo in the best light at times and some reviewers of Love Me Do in 1964 grabbed onto those moments to pan the Beatles. (See 3 reviews of Love Me Do from 1964 at the bottom of this review)

Still, this is a more than worthwhile book for any true Beatles fan to add to their collection. Is it the best book? Is it better than say Mark Lewisohn’s works? I personally don’t think so, but it is a great book for those who want to know. And for that reason… 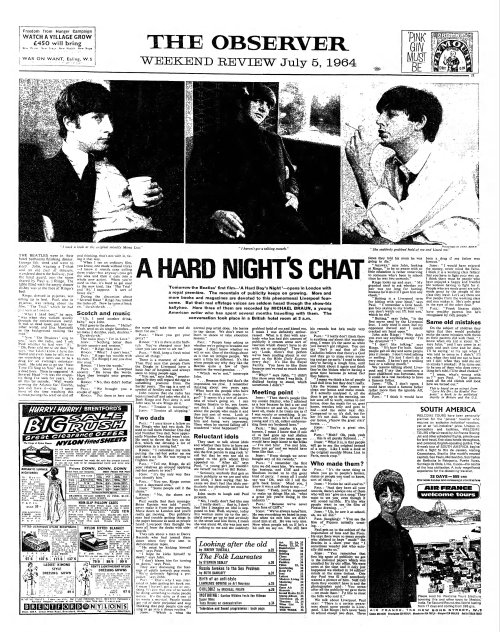 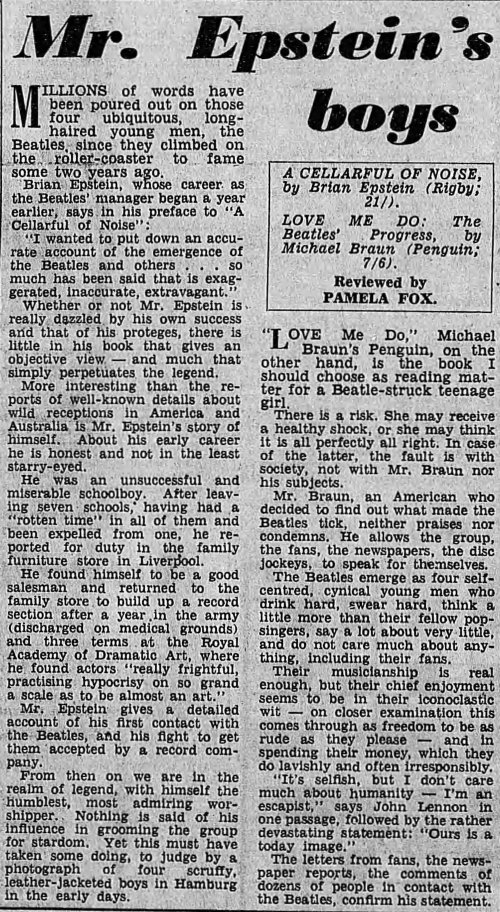 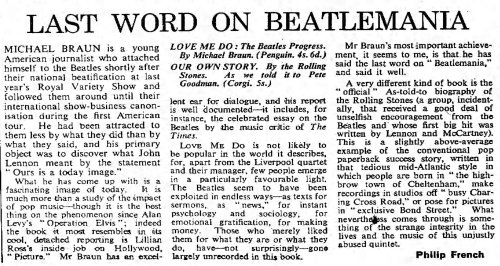 Tagged as Colin Fleming, Love Me Do, Love Me Do The Beatles Progress, Michael Braun, Rolling Stone Magazine