Song Review: “No. 6” by The Quarrymen 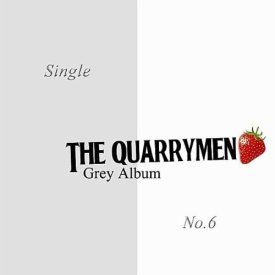 I just found this new song by The Quarrymen (thank you Beatles Examiner) called No. 6.  It’s the first song off their new album and features none other than May Pang!

For 99 cents, I figured it was worth it to download it from Amazon and give it a listen and all I can say is….WOW!

This song is a whole lot more than I ever expected.  Just when I thought that this was a band that was still trying to ride the tails of their predecessors, I’ve been proven wrong.  This song, though still with its nostalgic samples, is easily just as hip, chic, awesome, groovy, swag, word or whatever the kids are saying these days.

Absolutely, don’t miss the opportunity to listen and own this new song.  You can download it on Amazon.com. (Don’t let the preview on Amazon fool you…it doesn’t do the song justice!)