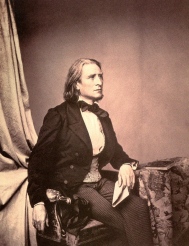 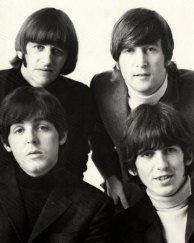 It’s the battle of all battles…the 19th century vs. the 20th century! It’s Franz Liszt vs. The Beatles! It’s Lisztomania vs. Beatlemania. Who drove more women to fits of passion? Who wore their hair longer? Who caused the biggest mob scene? Well, the truth of the matter is they both did and the similarities are remarkable…

Lisztomania – coined on April 25, 1844 by journalist Heinrich Heine in an article he wrote about the upcoming concert season in Paris. It was actually considered a medical condition!

Beatlemania – the term was coined on October 21, 1963 for a feature story by Vincent Mulchrone in The Daily Mail with the headline “This Beatlemania”.

So there you have it, a few of the many of the similarities of a 19th century classical composer and that of the greatest rock band of the 20th century. Can anyone say who had a greater impact on their fans? Given the limited media available to Franz Liszt (no TV or radio), he did quite well making the women of Europe swoon at the very mention of his name.  And the very mention of the Beatles or the showing or their image, can still make both young and older women’s hearts beat a little faster.

I’m going to call this contest a draw! Both are winners…

And speaking of winners, if you’ve made it this far, leave a comment in this post and you’ll be entered to win a $5 Amazon gift card! The winner will be announced in my next blog post on July 17th.

4 responses to “Lisztomania vs. Beatlemania”