A couple weeks ago, I was digging through a box of books about the Beatles that I had in search of something to read when I stumbled upon Lennon in America , written by Geoffrey Giuliano and published in 2000. I was surprised to find this book because the author is quite controversial especially in one of the Facebook groups I belong to – Beatles Book Collectors. Though I haven’t kept up with exactly why people don’t like his books, I decided to take a look-see for myself and hoped that I could read this book without prejudice and write a fair review. Here it goes:

According to the subtitle of this book, 1971-1980, Based in Part on the Lost Lennon Diaries, Mr. Giuliano was at some point in time in possession of some of John Lennon’s written and audio diaries which he used extensively in writing this book. I tried to contact a friend to see if I could find out what diaries these were since I had heard of the diaries that were in Fred Seaman’s possession for a short time after John’s death. And… there are the diaries that were stolen that in the past several years that recently turn up in Berlin, Germany. I’m sure someone who reads my blog will be able to clear this all up.

This book, though easy to read, can be a bit choppy. I got the impression that the author was taking information from the diaries and other people’s books and just rewriting it. In fact, the bibliography reads like a Who’s Who of the most popular books about John Lennon, including books by May Pang, Fred Seaman, Cynthia Lennon, Julia Baird, Pete Shotton, John Green, Albert Goldman, etc.. What made me come to this realization was the continual contradiction of events, even within the same paragraph without explanation. I can only guess that without actually researching the events, the author was just trying to cover all bases by including all the stories from everyone who was there. Mr. Giuliano also writes heavily about John’s sex life. In fact, the entire 21 page prologue of this book is about every story ever told about John’s homosexual tendencies. I guess sex sells, doesn’t it?

I kinda left this book not knowing what to believe and more confused about John’s life than I ever was before. And for that reason… 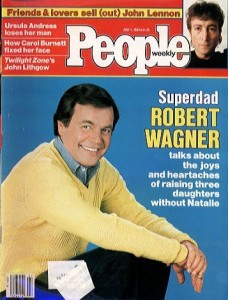 I just recently stumbled upon this article that was in People magazine in July 1983. It’s about all the books that were coming out about John Lennon after his tragic death. Some of you may find it completely irrelevant, but I found the author’s opinion of the books and their authors very interesting…

It would seem that I’m always late to the party. Once again, I stumbled upon this book – Nowhere Man: The Final Days of John Lennon

by Robert Rosen while looking around on Amazon. They like to suggest books for me and sometimes I’m a sucker for their suggestions. This is one of those times.

This book was written in 2000 and then revised after the author got HIS journals back from Yoko Ono. Sound strange? Well, it is. (And yeah, the cover is just as ugly in person…what was he thinking?). The author starts out telling of his friendship with John Lennon’s assistant Fred Seaman before Seaman got the primo job at the Dakota. Rosen also claims that Seaman immediately came to him after getting the job and said, “We need to write a book!” Apparently, Rosen thought nothing ill of this suggestion and went along with taking daily notes from Seaman about the misadventures going on in John Lennon’s life. The problem is, in the end, after John is killed and Seaman has turned over John’s journals to Rosen to transcribe, Rosen changes teams and suddenly is anti-Seaman and ends up “working” for/with Yoko. Hmmm…

This whole opening scenario, or back story, if you will, left a bad taste in my mouth. I spent the whole time wondering if the author has any scruples at all and what was his motivation for writing this book except to make a fortune off of the Lennons like every other Tom, Dick, and Harry that met John and Yoko in passing? The book itself is very good and there are some tidbits in there that I don’t recall having read elsewhere, but then again…this is the guy that transcribed Lennon’s journals and then, after stabbing Fred Seaman in the back, uses Fred’s book as a source! He also lists May Pang’s book as one of his sources.

So where does this leave me when it comes to reviewing this book? For those that don’t know me, I’m pro-Fred Seaman and pro –May Pang…I loved both their books. And, even though this book is a great source of information for those that want to know EVERYTHING Lennon, I just don’t care for the author. Something just ain’t right. And for that reason…