Tag Archives: World on a String: A Musical Memoir 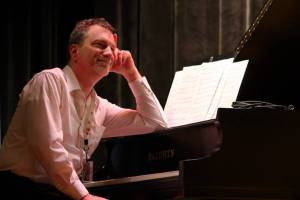 This week’s post is brought to you buy retired music teacher & fellow Beatle freak – Dave Thomas. Dave wanted to write a comparison between two books written by musicians that have both colaborated with Paul McCartney. One of the books, Elvis Costello’s memoir, I reviewed on November 15, 2015…you can reread it here.

While somewhere in the midst of reading Unfaithful Music & Disappearing Ink

by Elvis Costello, and hearing him talk (albeit briefly) about his collaboration with Paul McCartney, I found myself thinking about a book by another artist who has worked with Sir Paul:  World on a String: A Musical Memoir

by John Pizzarelli.  I read the latter book some time ago, and was struck by the similarities, yet drastically different tone and content of these two books.
I have never considered myself to be a huge fan of Elvis Costello’s music, but I have always had a great deal of respect for both the breadth of his musical knowledge, as well as his skills…and while I am not familiar with a great deal of his catalog, most of what I AM familiar with I enjoy very much.  When I am in the mood for lyrics that make me think, Elvis Costello has never disappointed.  His lyrics, by and large, are quite poetic, and in many cases, stand alone quite nicely apart from their musical accompaniment.  In his memoir, he will often slip in and out of these lyrics, using them to illustrate a point, or describe an event in his life.