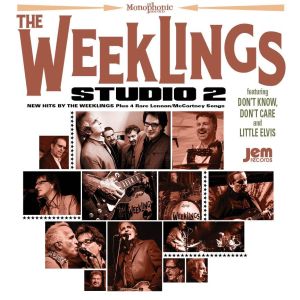 I thought I was doing a favor for a fellow publicist, but little did I know that she was doing me a huge favor! Thank you, Maureen, for introducing me to the music of The Weeklings.

Maureen asked me a couple months ago if I would be interested in doing an article on my Beatles Freak Review page about the new band she is repping. She explained that their new album, Studio 2

, was named after the studio at Abbey Road where the Beatles did all their recording, AND that her band, The Weeklings, had recorded this new album (their second album) there.

I was sent a preview copy of The Weeklings: Studio 2, and I couldn’t have been more pleasantly surprised. Slipped it into the CD player in my car and immediately wanted to start dancing. This album not only takes you back to the 60’s with it’s hand-claps and harmonica riffs, it does it in a new millennium style…STEREO! Add to that, that the last four cuts on this original album are the bands renditions of four very rare McCartney/Lennon songs, brought back to life for us old rockers and modernized for the new rockers. The album will be released on November 18, 2016, but you can listen to clips of the Studio 2 on Amazon and pre-order a copy for yourself. 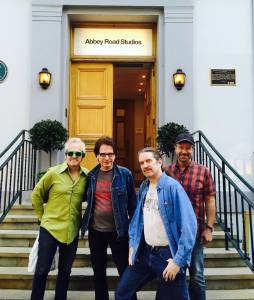 The Weeklings‘ CD release party and concert will be held on Friday, November 11, 2016 at the House of Independents in Asbury Park, NJ. You can get more information and tickets here. I’m really hoping to make this show myself. This is definitely a band I want to get up and dance to…

I decided to email some questions off to the band in hopes of getting more background information to write this post. As it turned out, both Zeek and Lefty decided to take on my questions and what ensued was so witty and charming, I decided to post the interview verbatim! So here it is, folks…The Weeklings!

1. Explain the name “The Weeklings”.  Not a very strong name…